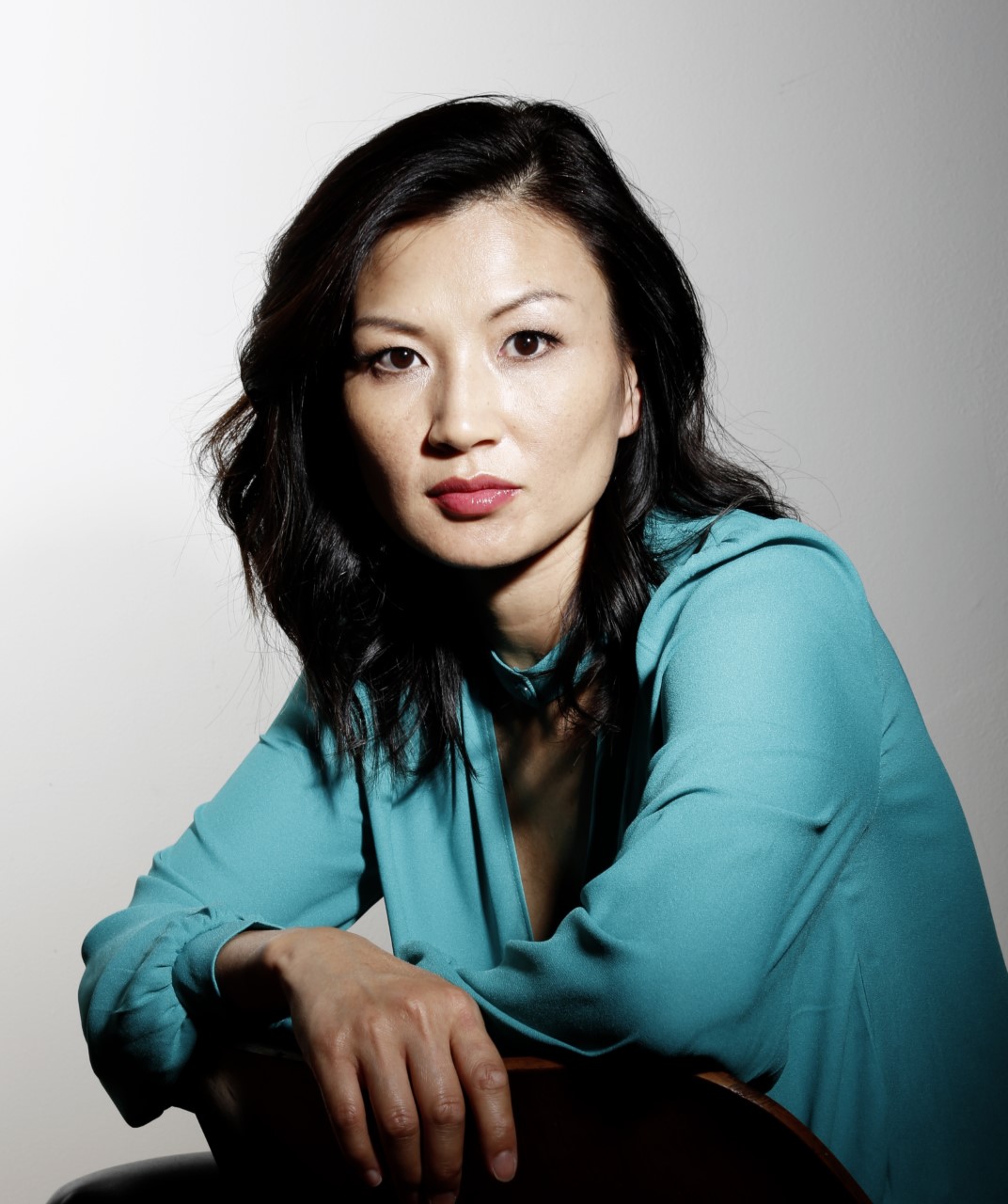 Michelle Krusiec is an award-winning actor/writer/director who has starred in almost 200 episodes of television and 36 films. She is the only Asian American actress to be nominated Best Actress for the Chinese-language “Oscar,” the Golden Horse. On stage, Krusiec starred in WILD GOOSE DREAMS off Broadway at the Public Theatre directed by Leigh Silverman. She launched her career with her critically acclaimed solo show “Made in Taiwan,” landing her an ABC holding deal.

As a director, Krusiec draws from personal storytelling as a way of creating painfully honest, often funny and universally appealing stories that place women and underrepresented peoples at the center of their own narratives. She is completing production on her comedic digital series SCENES FROM A REAL MARRIAGE which won Best Web Series at the New Digital Media Festival.

Krusiec’s achievements as an artist and advocate have been honored by the White House, the state of California and the Museum of Chinese America. She next appears in the Ryan Murphy series HOLLYWOOD playing the 1930’s icon Anna May Wong. Krusiec anticipates making her directorial feature debut with SHINY, a story about a young woman whose passion for African dance unleashes her voice. 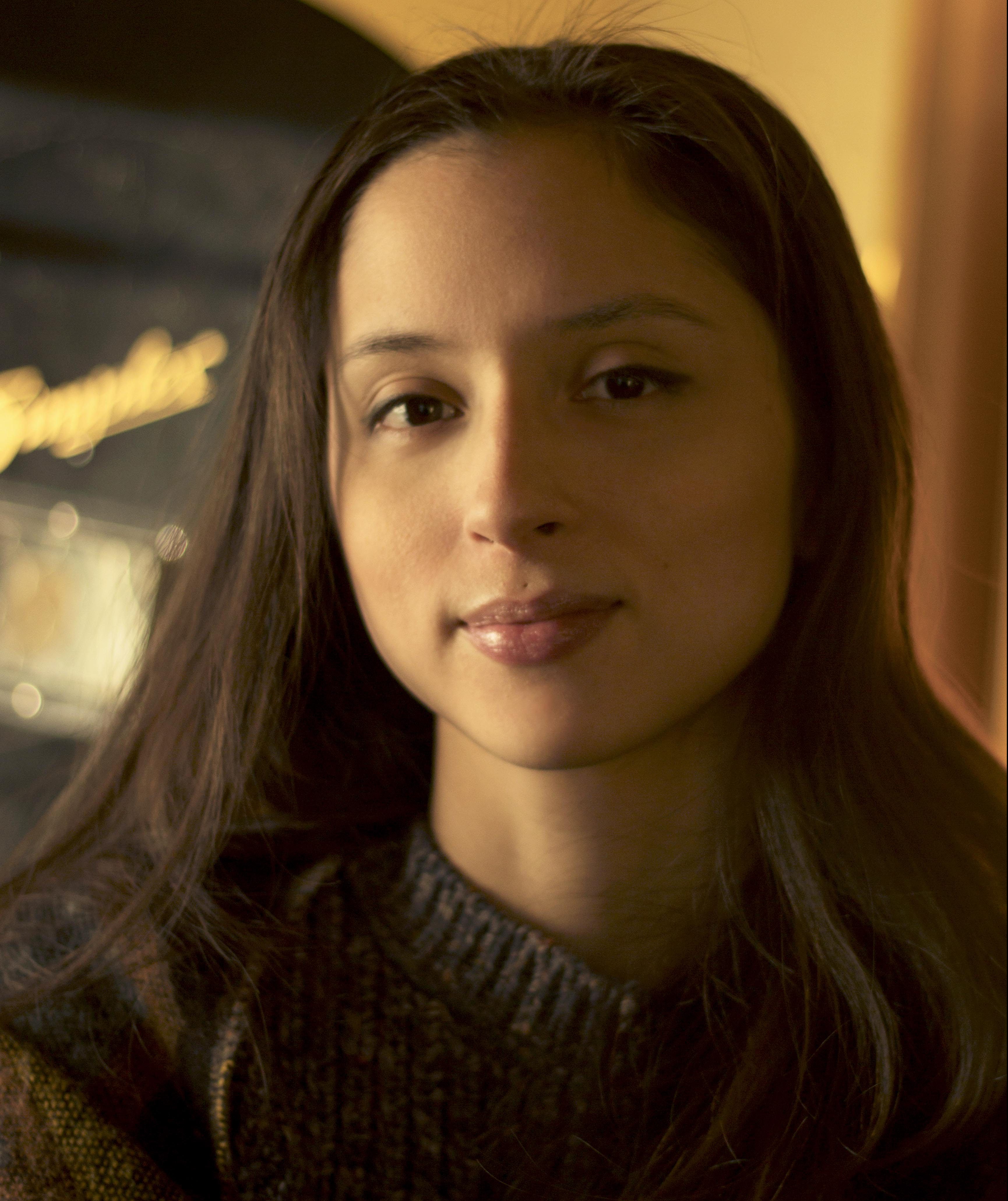 April Maxey is a queer Chicana filmmaker born and raised in San Antonio, Texas. She graduated from Pratt Institute in Brooklyn, and her narrative writing and directing credits include POLAROID GIRL, THIS IS YOU AND ME, SAMESAME and AFTER YOU LEFT.

Maxey’s short work has collectively screened at over 60 festivals across 14 countries and won eight awards internationally, such as the 100Autori Award for Best Screenplay at the Sicilia Queer Film Fest in Italy and Best International Narrative Short at Kashish Mumbai Queer Film Festival in India for her short POLAROID GIRL. In 2015 Maxey was selected as one of nine directors to participate in the prestigious Berlinale Talents Short Film Station at the Berlinale, with her project THIS IS YOU AND ME. Maxey was also a guest writer/director on the lesbian web series SAMESAME and her episodes premiered at Newfest in 2016.

Maxey’s pilot screenplay WORK, a one-hour drama following womxn who work at an underground strip club, was a finalist in the 2019 New Orleans Film Festival Screenplay Competition. Her 2019 short film, AFTER YOU LEFT recently won the “Shorter Is Better” Shorts Jury Prize at the Milwaukee Film Festival and has screened at festivals such as Palm Springs Int’l Shortfest, Outfest Fusion, Newfest, New Hampshire Int’l Film Festival and HollyShorts. In addition to directing, Maxey has also worked as a freelance director of photography, camera operator and editor on branded content, short docu-series, music videos and narrative shorts. 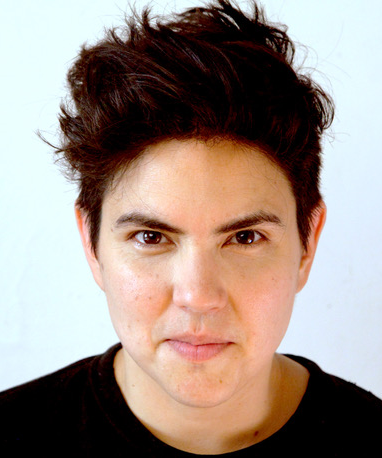 Mary Angélica Molina creates dark, funny, queer, intersectional stories about Latinxs that grapple with unanswerable questions like should I have the sweet plantains or the salty ones? She is a staff writer on ON BECOMING A GOD IN CENTRAL FLORIDA for Showtime and the upcoming PARTY OF FIVE reboot at Disney’s Freeform. PAPI, her original half-hour comedy, is in development with Gina Rodriguez’s I Can and I Will Productions. PAPI was part of the 2019 Sundance Reading Series and was selected for the 2018 Sundance Episodic Lab. Molina is also a 2017 Sundance New Voices Lab Fellow and a 2013 Sundance Screenwriters Intensive Fellow. VALENTINA (2018), a recent short, played sold-out screenings across the festival circuit and is available worldwide via HBO. She also wrote, produced and directed DICHOS (2019), a comedy web-series featuring an impressive selection of female-identified Latinx talents, now in post-production. DICHOS was selected for NALIP’S 2018 Latino Media Market, NALIP’s 2018 Latino Media Fest and the 2018 LA Diversity in Comedy Festival at Second City. Molina holds a BA in Experimental Film from Bard College and an MFA in Screenwriting from the University of Southern California. She was born in the Colombian tropics and grew up in Queens, New York. 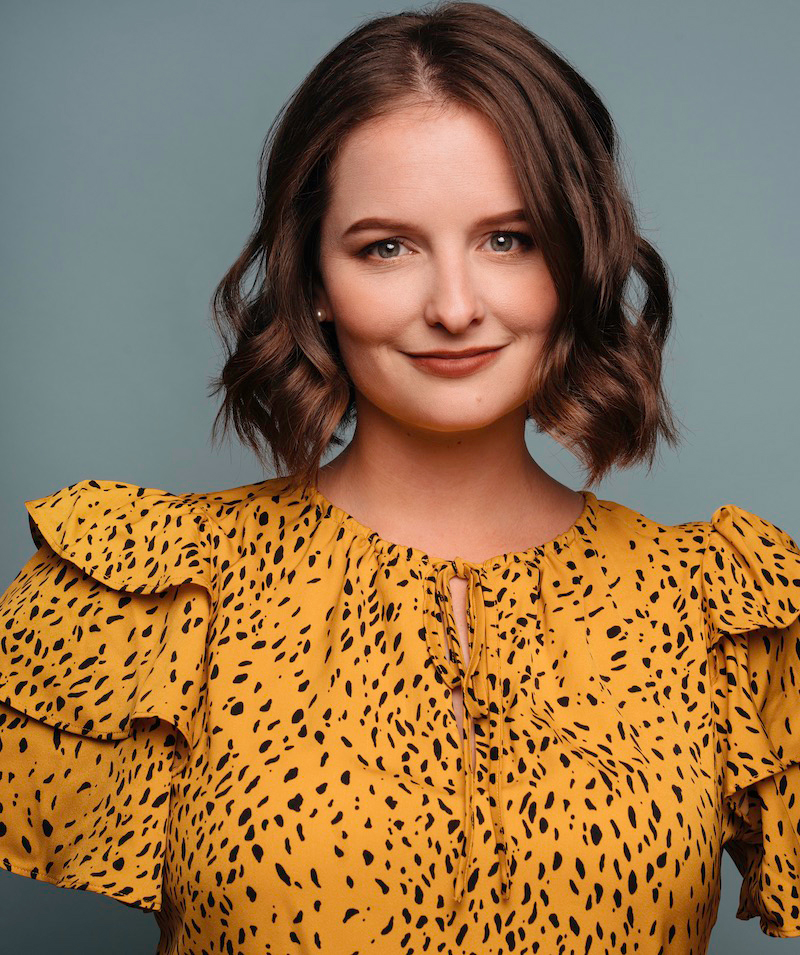 April Moreau is a comedic director specializing in female-forward narratives. Informed by her type-A personality, Moreau’s style of storytelling is precise and efficient. She is a survivor of thirteen years of Catholic school and, as a result, loves creating work that is irreverent and rebellious, particularly when discussing the female experience. Moreau was born and raised in Cape Coral, Florida, and later attended the University of Michigan, where she earned a BFA in Acting. She continued her education in Los Angeles, studying TV Writing at UCLA Extension and improv and sketch at Groundlings and UCB. Moreau’s directing career began in the world of digital shorts, with her work being featured on the homepage of Funny or Die and Elizabeth Banks’ WhoHaha. In 2018, her film, BITCHES BY THE SEA, screened in Paul Feig’s shorts contest at the Women in Comedy Festival presented by HBO. Her latest project is a road trip comedy, RIDE IN PROGRESS, which will premiere in the 2020 festival circuit. She is represented by Mosaic. 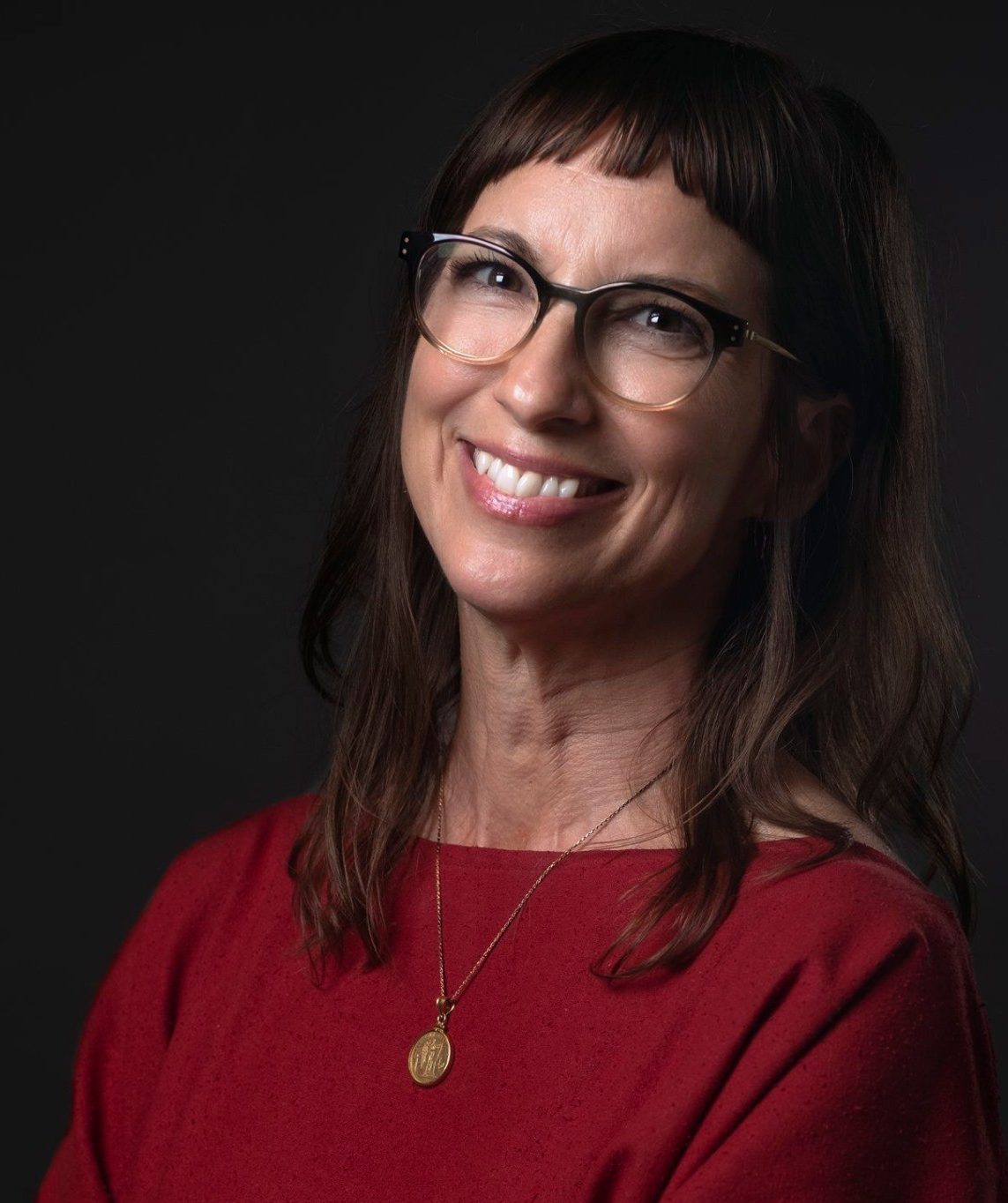 Kelly Pike was raised on military bases around the world before making Houston, TX, her home, where she built a career in the visual arts as a sculptor. She first expanded her practice into filmmaking by working with documentarian Albert Maysles and then went on to earn an M.F.A. from the UCLA Film Production program. She now writes and directs narrative films from her new home of Los Angeles and is the recipient of the Directors Guild of America Award of Outstanding Directorial Achievement and The Caucus Foundation’s Gold Circle Award.
Her first short film OWEN screened at the Cannes Film Festival and was awarded Best Student Film Award in the Emerging Filmmakers Showcase. The film also took home Best Short Film from the Bahamas International Film Festival and Best Texas Film from the USA Film Festival. It has since premiered online as a Vimeo Staff Pick and on television as part of the PBS series FILM SCHOOL SHORTS. She went on to direct James Franco and Marianna Palka in an adaptation of William Faulkner’s A ROSE FOR EMILY, which has been included in the anthology film MISSISSIPPI REQUIEM.
Concurrent to her own productions, she programmed short films as a co-founder of the short film DVD series, BUFFET DVD, and has worked as a guest curator for micro-cinemas such as The Aurora Picture Show in Houston, TX. She looks forward to premiering her latest short film UNDERCUT, which takes place in the world of a high school girls hockey team, in the upcoming year. 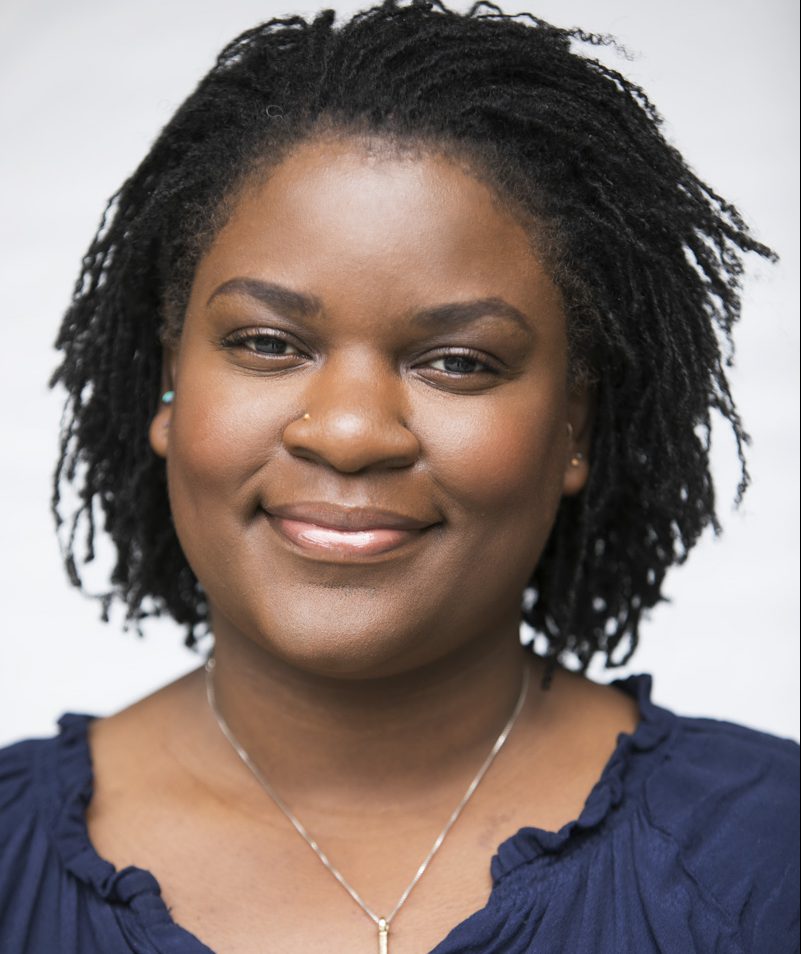 Jessica D. Shields is an award-winning writer and director, originally from Atlanta, Georgia. She was selected for the HBO Access Writing Fellowship and Women in Film INSIGHT Fellowship and is the recipient of the 2019 HUMANITAS Prize Drama Fellowship. Her forthcoming directorial project, RENÉ & JAZ, is supported by the Women in Film Production Program, where she is a Directing Fellow.

Shields participated in the Moving Picture Institute Pilot Workshop in 2018 and was a finalist for the Tribeca Sloan Filmmaker Fund (2017), IFP No Borders (2017) and the Nantucket Film Festival Screenwriting Competition (2017).

As a theater artist, she worked in dramaturgy and literary management with prominent regional theaters including the Nashville Reparatory Theatre, 7 Stages Theatre, Synchronicity Theatre and the Tony-Award winning Alliance Theatre.

Shields received her MFA in Screenwriting and Directing from Columbia University. She previously studied at New York University’s Tisch Asia in Singapore and is an alumna of Vanderbilt University. 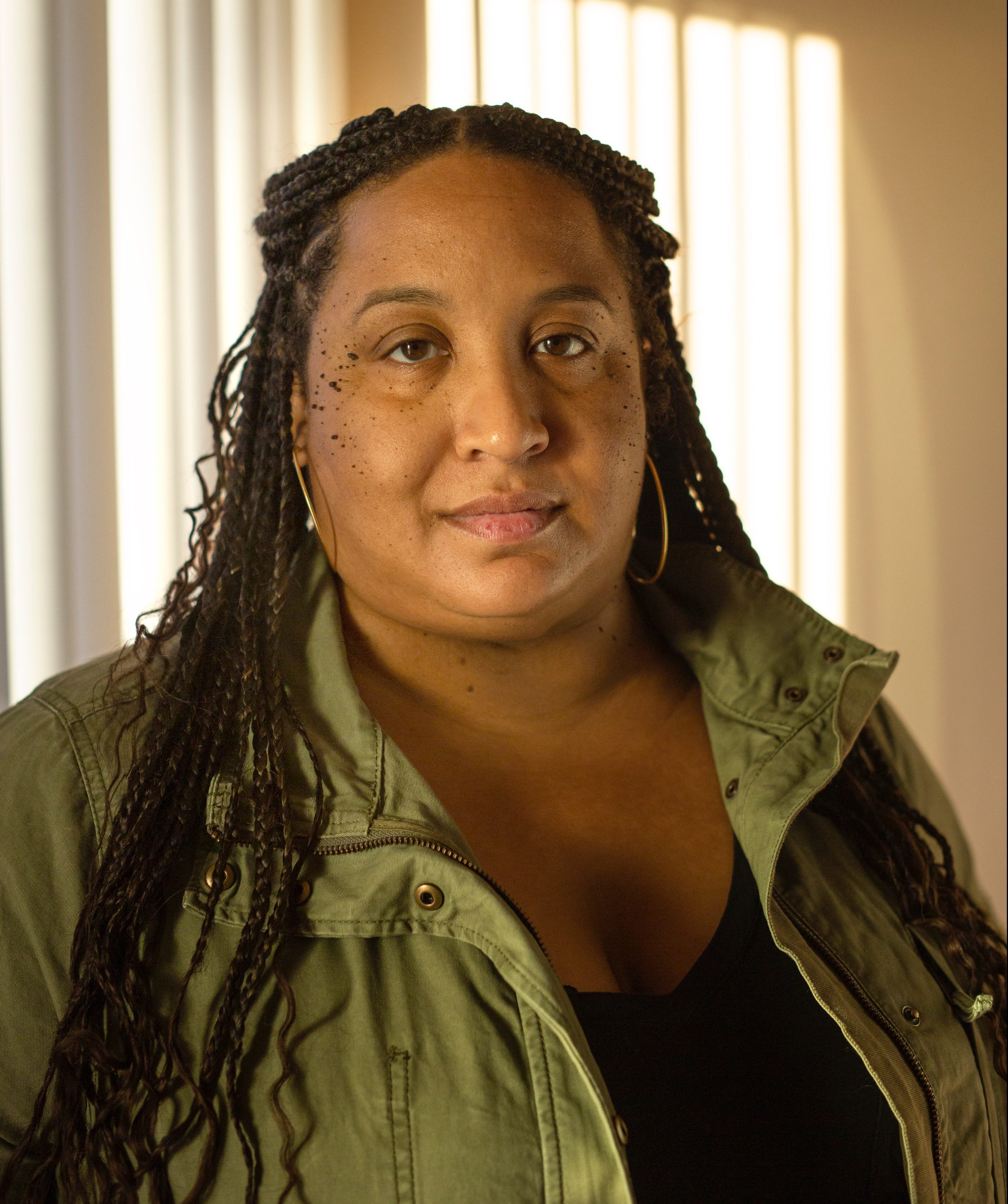 Lucretia Stinnette is an award-winning filmmaker with a multi-faceted international background. Born and raised on the West Side of Chicago, she has worked in law, education and international relations in countries such as Ghana, South Africa and South Korea. In South Korea, Stinnette directed QUYEN, the story of a young Vietnamese woman’s first week with her new Korean husband. QUYEN was the winner of the KQED Film School Shorts Best Film Award and has shown at the New Orleans Film Festival, Munich Festival of Film Schools and the L.A. Asian Pacific Film Festival, among others.

Her most recent short film, SITTIN’ ON SIXTY, was funded by the Princess Grace Foundation, and tells the story of a teen trying to escape a life of sexual exploitation. Stinnette wishes to continue telling stories that subvert stereotypes and bring marginalized viewpoints to the center.

In addition to directing, Stinnette has produced content for brands such as Google, Infiniti and Amazon; numerous music videos for artists such as The Black Eyed Peas and Big Sean; and a 16-episode series for CollegeHumor. She also wrote and produced a podcast for LA Times Studios. She earned her BA in International Relations from the University of Southern California and an MFA in Film Production and Directing from UCLA. 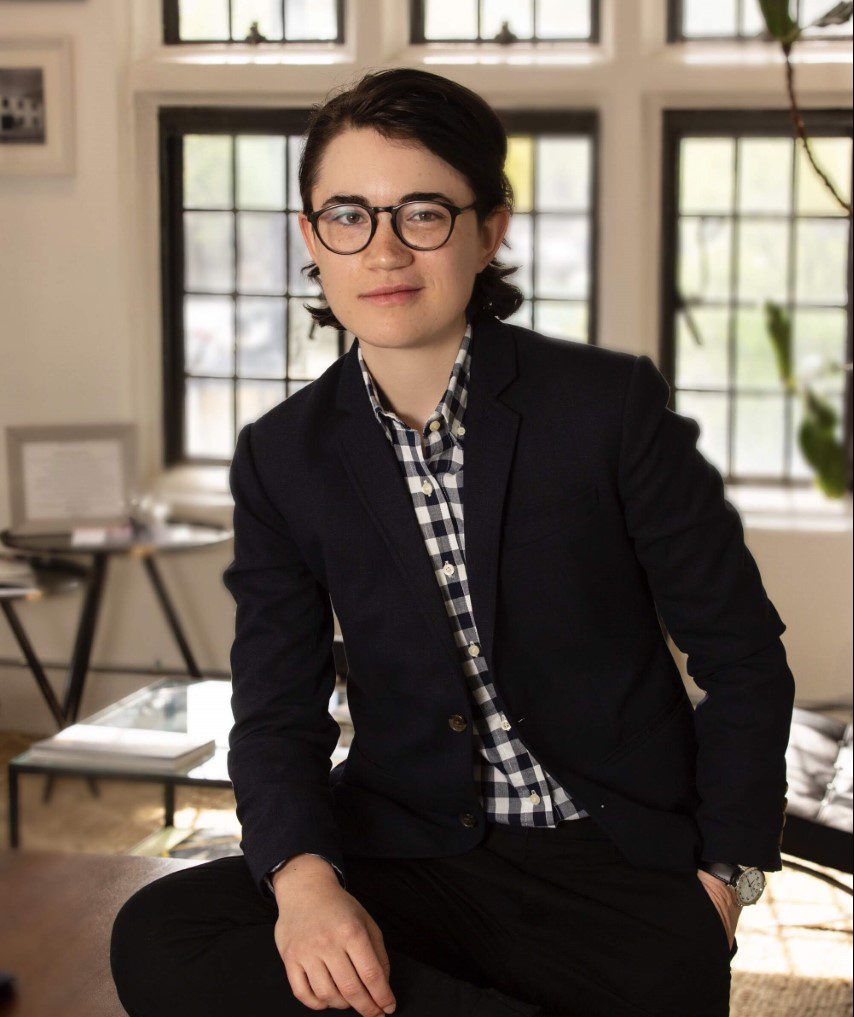 Click here to donate to a Class of 2021 DWW project